Geography: The District is located in a rural-suburban setting 34 miles southwest of Philadelphia, Pennsylvania and 18 miles northwest of Wilmington, Delaware. AGSD covers 67 square miles and consists of five townships and two boroughs; they include New London Township (1714), London Grove Township (1723), London Britain Township (1725), Penn Township (created from Londonderry Township in 1817), Franklin Township (1852), Avondale Borough (1894) and West Grove Borough (1893), which were created and organized in that order. Due to the closeness of the two boroughs (less than three miles in distance from each other), it was natural that the area became known as Avon Grove. 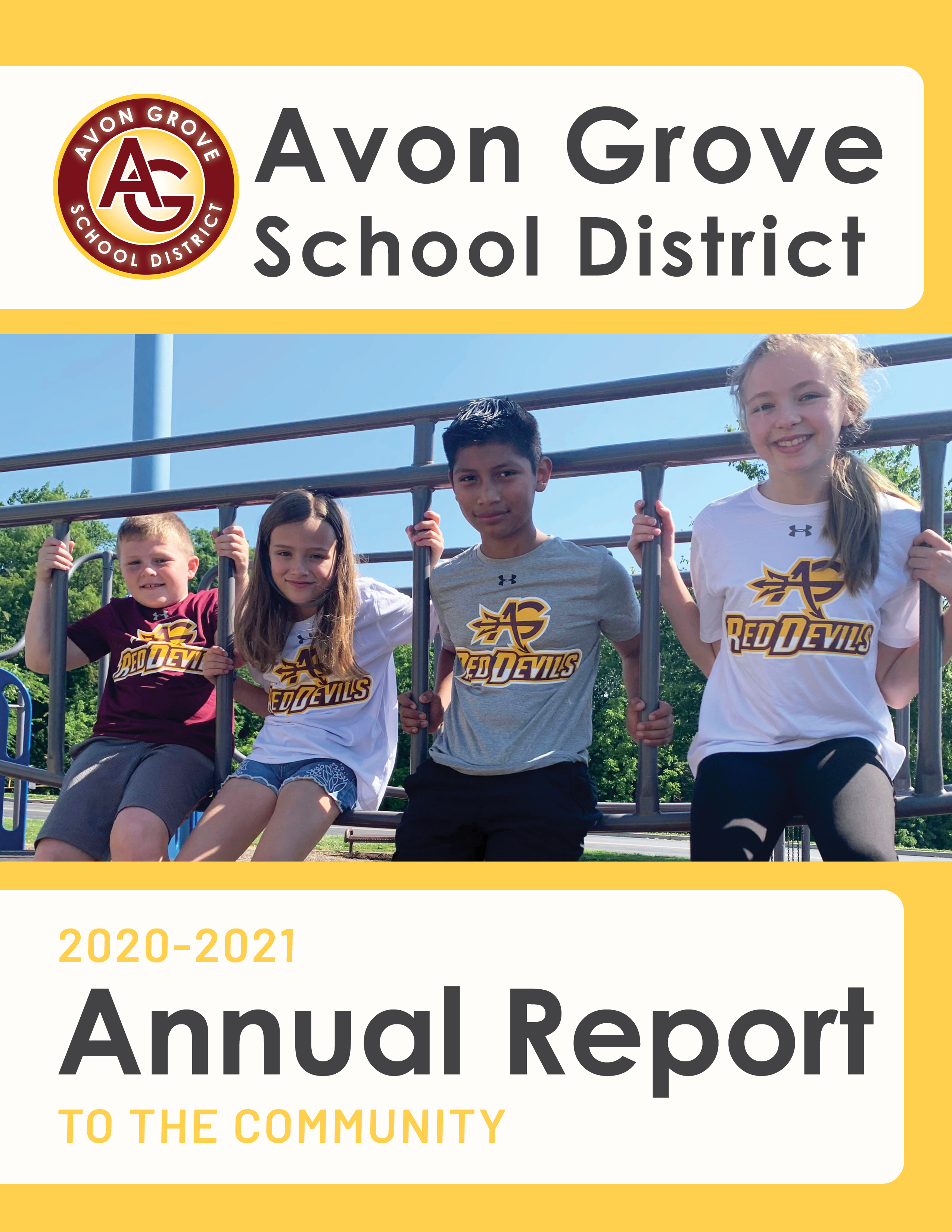 Click on the image above to view the 2020-2021 Annual Report to the Community. 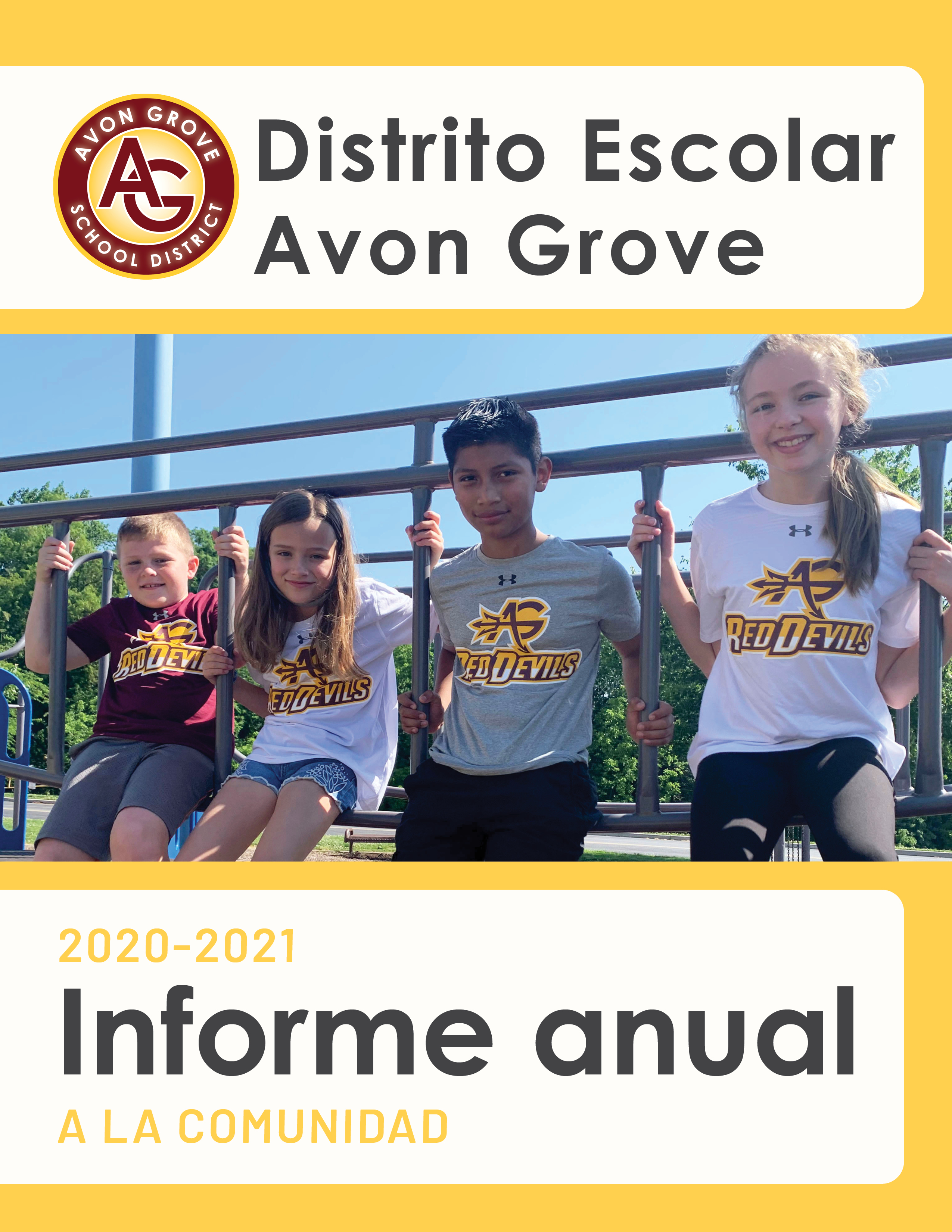 The Strategic Dashboard allows District stakeholders to view the progress toward each of the District's goals by clicking on the Indicators tab. When viewing the indicators page, you will see indicators grouped within goal areas. Indicators are visually represented by a tile with a description and a metric. To view data for each indicator, click anywhere on the tile. You'll then see a series of charts which allow you to observe and compare relevant data. This dashboard will be updated annually.

Click on the image above to view the Strategic Dashboard.

Click on the image above to view current enrollment statistics.